Showing posts from February, 2018
Show all

It's Too Cold to Quilt! 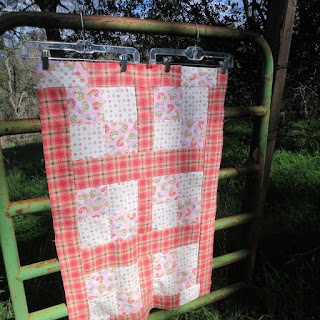 We've hit a cold snap in Northern California. While my sewing room is cool in the summer, it is downright cold in the winter.  I have two works in progress. I was able to piece together the beginnings of this baby quilt top. I need both border and backing fabric. This was from an entire bag of thrifted remnants, the four-patches being precut.  Baby quilt top I have downright stalled on this red and cream sampler. It too needs supplemental fabric before I can quilt it.   Linking up with Em at:  Moving It Forward Lean pickings in thrifting this week. I did a circuit of 3 shops on Saturday while one of my favorites was moving into bigger digs.  Posting my trio of ceramic rabbits, we are ready for spring to bust out all over!
Post a Comment
Read more

I went to Ladybird's Thrift Town 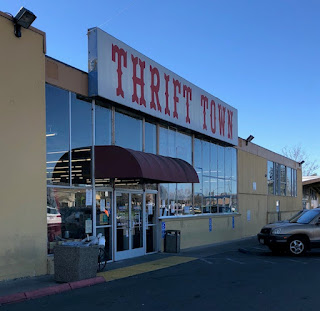 The Del Paso Heights Thrift Town is a favorite of mine. One of the best of that chain in the Sacramento area. It is in a sketchy part of town but then most of these thrift stores are. They do have the nicest staff, I'm one of their regulars.   I took my son to see the Ladybird , the 2018 Golden Globe winner for Best Motion Picture. While I love Sacramento, my family not so much. They tend to stick around the foothills of the Sierra Nevada mountain range. He didn't understand the movie, course it is more of a chick flick. I laughed, I cried, it was great. Because I have lived and worked in Sacramento for some 20+ ( coughs while saying it ) years, I was the only one in the theater that loudly guffawed at some of the lines. Here was one such exchange: Christine McPherson: I hate California. I want to go to the East Coast. I want to go where culture is like New York. Marion McPherson: How in the world did I raise such a snob? Christine McPherson: Or at least Connecticu
Post a Comment
Read more 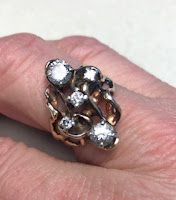 These 40 things posts are so much fun - one of the bloggers I follow posted her thedogladysden.com/40-things-questionnaire  so let's take a whirl at mine. 1.  Do you like Blue Cheese? Yes! In fact, a wonderful memory associated with that salad dressing is having it at the Anaheim Disneyland's Plaza Inn. 2.  Have you ever smoked cigarettes? Yes, and still do if I can get away with it. 3.  Do you own a gun? I do not own a gun but the Mr. does. We live in a deeply rural area so a gun is a necessity, mainly for critter control. He found a rattlesnake in the garage last week.  4.  What flavor Kool-Aid? Not so much Kool-Aid as Tang with strawberry Kool-Aid. Total and complete sugar overload. 5.  Do you get nervous before a dr. appointment? No, no reason to be. 6.  What do you think of hot dogs? Not a big fan, but if I do eat one I go for kosher Hebrew National. 7.  What is your favorite movie? For some odd reason, it is Die Hard. I have watched it ove
Post a Comment
Read more 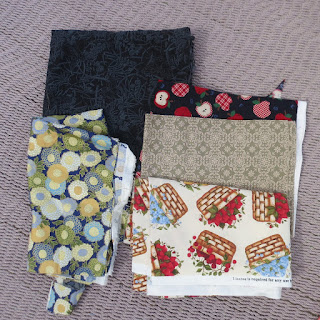 I made the rounds of my usual thrift shops and spent about $5 on fabric remnants.  Some actual yardage Quilter's cut pieces for patchwork This is how the fabric pieces were packaged, so it is always a surprise when I get them home. The small ziploc in the front contains some lovely yellow pieces I am going to incorporate into my YELLOW block for March for the #2018MonthlyColorChallenge. To add to my thrifting happiness, these three books were freebies. I am a cartoonist so I will read How to be a Successful Cartoonist . The craft book images will be shared on my Countdown to Christmas - these are the types of retro books I look for those posts. The Splenda cookbook will be a great reference. I already cook with that product because the Mr. struggles with diabetes. Posting a Pattern of the Day from 1974, the same publication year as the Holiday Decorations book. Finally, here is a link to a site with  V intage sewing patterns. vintagepatterns.wikia.com/wiki/
Post a Comment
Read more 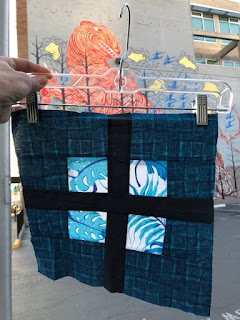 Color of the month for the 2018 Monthly Color Challenge is  BLUE . I originally made this block for my  sons-quilt , having seen the pattern  here at myquiltinfatuation.com .   I don't think the quilt block designer gave it a name, I think of it as "windowpane."  Sacramento public art in the background. 12-1/2" block 10-1/2" block As I have mentioned before, quilting is a deceptively complex craft. To add to that complexity, quilters have created phrases and terms to describe their methods and process.  Leaders and Enders - starting and ending chain piecing with 2-1/2 squares, that combine into a 4 patch, 8 patch and so on, until it reaches the desired size for a Postage Stamp quilt. happyquiltingmelissa  - link to tutorial and image of her quilt I was so inspired by this project. 2-1/2" is the absolute smallest you ( I ) can feel comfortable sewing together. Here is my container of remnants I have culled from the larger pieces. They repre
Post a Comment
Read more

We interrupt this program 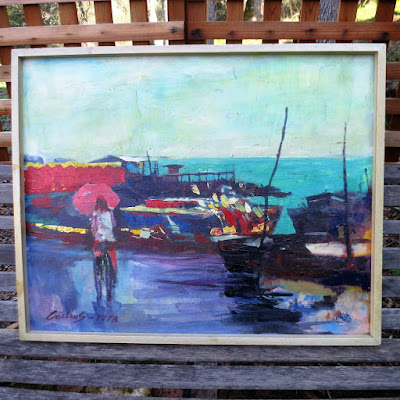 Blogger All Out Celebration - my art streak continues! Granted, at the turn of the New Year, I decided to concentrate my thrifting efforts on finding original artwork. A lofty goal? Yes. Worth every moment of slogging through marginal to downright bad creations ( some of which will appear in my Weird and Wacky post in the upcoming April Alternative Challenge ). This 40 year old oil on canvas has some condition issues but who's to complain when the price I paid was $5 ( half off day ). Even after a good cleaning the frame was stained and the hanging wire falling off, so I removed it. The signature reads " Collins 1978 ." The painting could use a good cleaning. It appeared as though it had been stored on the floor because there are tiny mouse scratches on the back of the bottom of the frame.  I really am in awe of the incredibly amazing artwork I have found. Kisses to the thrift shop volunteers who don't know what they are pricing. If I amass enough of th
Post a Comment
Read more 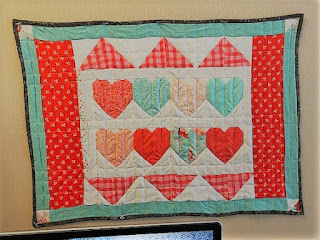 With Valentine's Day right around the corner, I supplemented a heart-pieced remnant from mystery quilters  here and a 50 cent bag of pieced remnants ( shown below ) from hospice thrift marrying well into this cute quilted cubicle cover. At first, I had my doubts about this piece because I used an incompatible fabric for a backing. Also, I had been used to working with cotton batting and was using up some polyester batting. I didn't mark my quilting lines either, I wanted to finish this quickly so it would be up before the 14th.  I get such a kick out of seeing where my blog audience is from - seems I have recently added visitors from two new countries ( to me ) Africa and China. How exciting is that? Virtual hugs to all of my audience. Kitschy ceramics call to me "take me home." A recent find was the Japanese-made garden girl ceramic on the left.  She matched my garden girl ceramic on the right. I upgraded another piece of artwork - this time trading out one
Post a Comment
Read more
More posts