Dishing the Dirt with Lurleen

Posted by Tami Von Zalez on January 15, 2015
The Writing Challenge prompt is "Dishing the Dirt," wouldn't you know it, Lurleen showed up for this one. 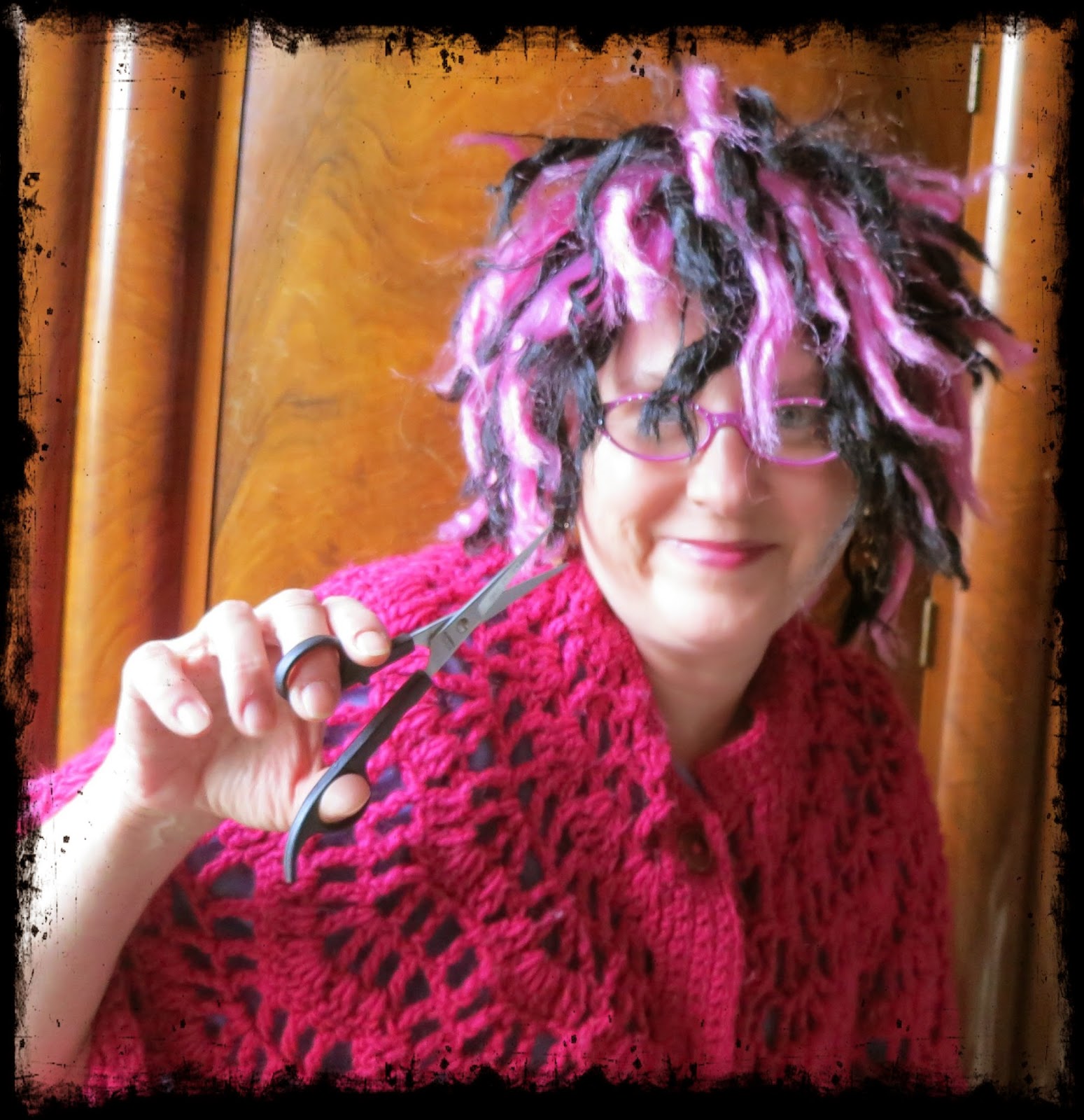 Got anything you want snipped?

(Sung to the tune Jolene)

Your beauty is beyond compare

With flaming locks of pink and black hair

With ivory skin and bloodshot eyes

Your smile is like a crooked path
Your voice grates from your beloved Marlboros
And I cannot compete with you, Lurleen

From crying when the gossip gets back to me, Lurleen

And I can easily understand

How you could easily talk the trash
But you don't know what it means to me, Lurleen.